What is the Windfall Elimination Provision (WEP)?

There have been some loopholes in the Social Security system and the Windfall Elimination Provision (WEP) helps to close one of them.

Prior to 1983, if you worked for an employer that did not have have to pay into the Social Security system, technically you could have drawn a higher benefit based on a higher percentage of your earnings. Add to that the fact that these workers often received a pension, meant that there was a large advantage to them.

If you reached age 62 after 1985 or became disabled after 1985 AND you first became eligible for a monthly pension from a job where you did not pay into Social Security, you are likely to be affected.

These do not apply to:
 Survivors benefits
 Federal workers hired after Dec. 31st, 1983
 Employed by a non-profit that initially did not pay into Social Security but now is
 A pension from railroad retirement, all the work occurred before 1957, or you have over 30 years of substantial earnings under Social Security.

There are formulas to determine what the Primary Insurance Amount (PIA) would be and that coupled with your age at retirement will determine your benefit amount. Congress passed the provision in 1983 because workers under these certain employers were having the higher percentage of their earnings used in calculations plus they received a pension and again, did not pay into SS.

For more information about the Windfall Elimination Provision, check out chapter 4 of Social Security In 30 Minutes, Volume 1: Retirement Benefits. 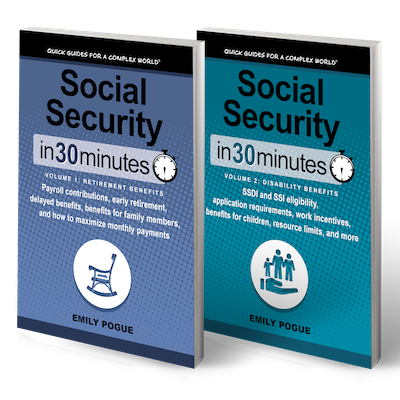 The author and the publisher make no representations with respect to the contents hereof and specifically disclaim any implied or express warranties of merchantability or fitness for any particular usage, application, or purpose. The author and the publisher cannot be held liable for any direct, indirect, incidental, consequential, or special damages of any kind, or any damages whatsoever, including, without limitation, those resulting in loss of profit, loss of contracts, goodwill, data, income, information, anticipated savings or business relationships, arising out of or in connection with the use of this book or any links within.